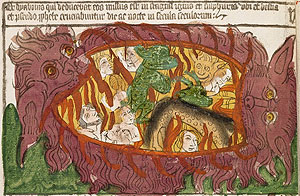 Scope of the collections

The Bodleian Library houses the largest collection of western incunabula - books printed with movable metal type up to the end of 1500 - in a university library, and the fifth largest collection in any library in the world: 5623 editions in 6755 copies.

The books themselves are in the classical and vernacular languages, and cover all subjects and disciplines. They range from treasures such as the Gutenberg Bible, and the sumptuous ‘Strozzi copy’ of Pliny’s Natural History, to smaller and much-used copies of medieval devotional works and school-texts. Many incunables were acquired from donations or bequests – such as those of Francis Douce, Richard Rawlinson, and Ingram Bywater – whilst many more were purchased by the Library, particularly at the end of the 18th and the in the middle of the 19th centuries.

In addition, the Bodleian’s collections also contain several blockbooks (printed from wooden blocks, on to which the texts and illustrations have been cut).

Information about the history of the Bodleian’s incunable collections, their housing, and cataloguing may be found in Alan Coates, ‘The Bodleian Library and its Incunabula’.