The Alexander Library of Ornithology library service is based in the Radcliffe Science Library.

Publications that used or are about our collections:

About the Alexander Library of Ornithology 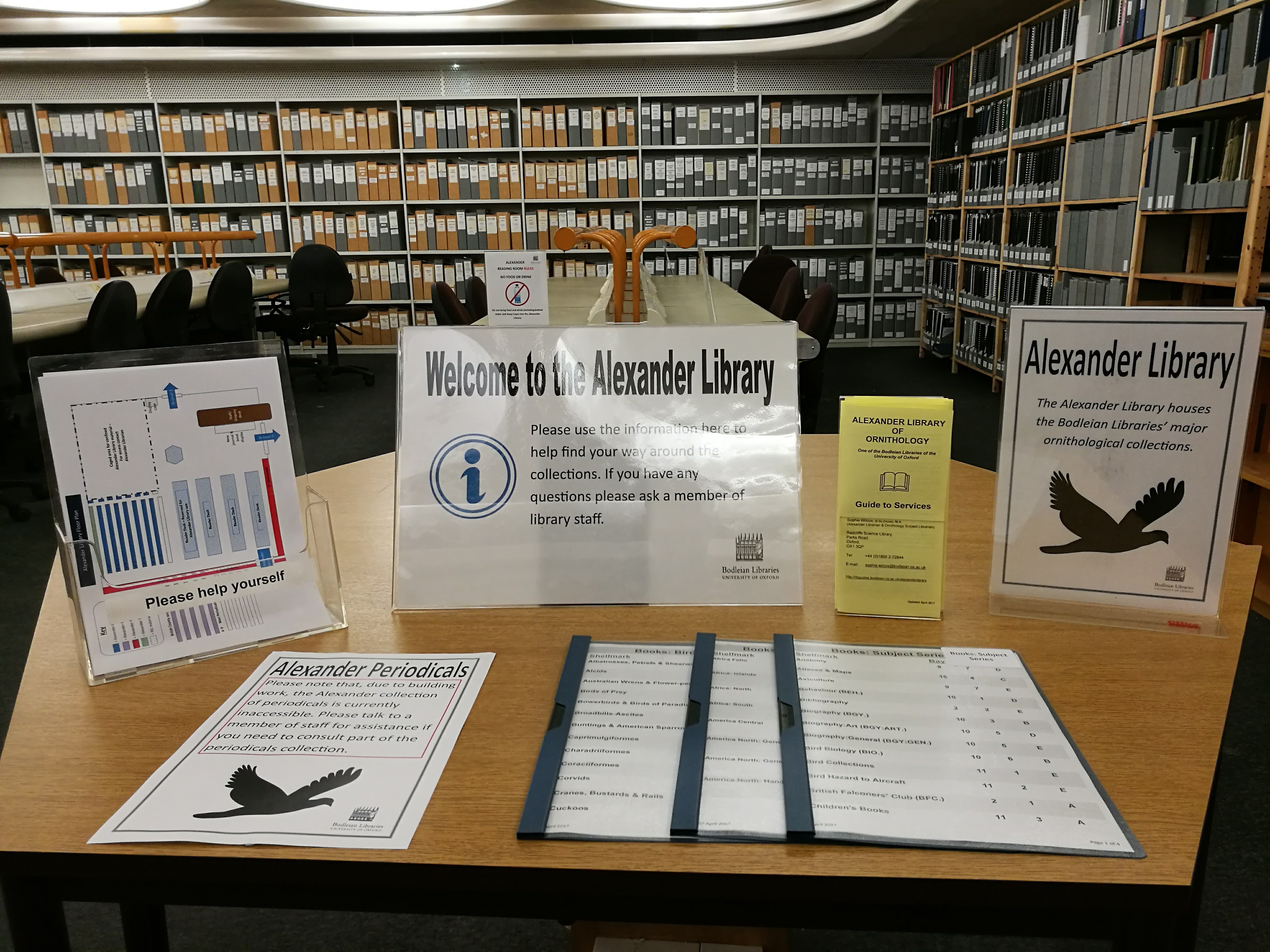 The Alexander Library of Ornithology is one of the foremost ornithological reference libraries in the world.  It holds extensive collections of 19th, 20th and 21st century books, pamphlets and periodicals, and an archive of ornithological notebooks and diaries. It is an international resource with the collections covering ornithology, natural history, conservation, ecology and behaviour.

Founded in the 1930's on the personal collections of Wilfrid Backhouse Alexander, it was originally housed at 91 Banbury Road. W.B. Alexander was the first Director of the Oxford Bird Census (the predecessor of the Edward Grey Institute of Field Ornithology) and on his retirement in 1945 he became the first Librarian, holding the position until 1955. The Library was named in his honour in 1947.

Today, much of the material within the collections is received via donation or through exchange schemes. The library enjoys a close relationship with the British Ornithologists' Union and books which have been reviewed within its journal, The Ibis, are subsequently deposited in the Alexander Library.

The Library is open for reference use only to all members of the University with a current University card and to holders of valid Bodleian Libraries cards.

Please contact the Bodleian Libraries Admissions office for information on how to apply for a Reader's ticket.

There is Pay & Display parking available in Mansfield Road but the RSL@VHL is easily walkable from the city centre. To contact the library please e-mail enquiries.rsl@bodleian.ox.ac.uk or phone +44 (0)1865 272800.

For other subject enquiries please check our Subjects page.